Max Laureano
In the Complexo do Alemão favela, in Rio de Janeiro, Brasil, alert sounds as the army curfew. The state is treating 100% of the population of the region as potential criminals.
A car sound empty streets in Complexo do Alemão favela, and explains how residents should act in operation and warns that any” counterwork action ”  will be considered hostile act and get the “answer'

Rio - An army jeep with a loudspeaker announcing rules of behavior to the population caused tension during operation yesterday afternoon Complexo do Alemão in the North Zone of Rio. Messages sounded like kind of curfew and soon most of the streets remained empty. 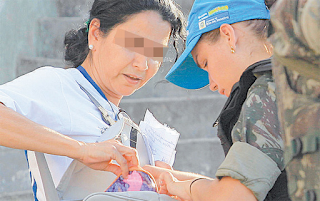 In the recording, a deep voice guided, "Gentlemen residents, the Brazilian Army are conducting a court according to the law. Close your doors and windows and await guidance. When prompted, open the door and act politely. Obey all instructions. Any action contrary will be considered hostile act and receive the necessary response. "

Simultaneously, a military helicopter dropped leaflets urging residents to denounce criminals, weapons, drugs and explosives. In the action, two rifles, parts of a machine gun and drugs were seized.

Another record asked the cooperation of the population and used the following sentence: "The troops of the peacekeeping force in this community are present to protect you and your family." The action had the support of the military police battalion Campaign and police officers of the 22 nd Precinct  (Penha) to comply with a search and generic  seizure  warrant, which encompassed all the area of the  Pedra do Sapo.
The warrant was issued by Judge Palheiro Renata Mendes de Almeida, in the legal duty on the last Sunday. Female residents were searched by female soldiers.

Some residents of the Itajoá, Antonio Rego and Itacorá streets did not alter their routine. A few meters far from the military army, sitting on the sidewalk, housewife drank soda,  oblivious to the movement.

Director of the NGO Global Justice Sandra Carvalho said she would report the army actionr to federal prosecutors.

"It's an exaggeration. This kind of action violates the human rights of residents and indicates that criminalizing a look into the favela citizens. "

Alerter is common in the actions'

“Operations with car sound alerting residents is a common practice in the operations in the Complexo do Alemão, according to public relations peacekeeping force, Maj. Marcus Vinicius Bouças. He said  the messages on the speaker serve to “educating the public and explain what is happening”.
There are several recordings used by the military. Messages are used since the occupation began and generally reinforce the army is on a mission of peace to maintain a safe environment.

"Your attitude is essential for the good of all. Help peacekeeping force to help you and your community, "says one of the texts presented to the O DIA official. In most of the messages, asked cooperation from  the residents, in order to  they do not  interfere in the actions of the troops.

Experts, NGOs and parliamentarians are outraged with the operation

The message stated that residents stay indoors with doors and windows closed has caused outrage in security experts.

"In practice, the Army ordered a curfew for residents who have no obligation to obey. But the army itself warns that those who do not comply will be treated as an enemy. That is, is absurd, is serious, "says professor and sociologist Ignacio Cano, a specialist in public violence.
Rep. Marcelo Freixo is emphatic. "It's an aberration. In Rio, CEP has dignity. If the dangerous and recently arrested drug dealer ‘Polegar’ ' was hidden in a condominium in a rich neighborhood Barra da Tijuca, I doubt anyone would give a search warrant for the entire condo. I am not against the Complexo do Alemão operation, but against the way it is done, "he said.

Coordinator of the NGO Observatory of Slums, Jailson de Souza e Silva also criticized the content of the message. "It's a disrespect to the  fundamental rights. The state is treating 100%of the population of the region as  potential criminals. "
às 19:26 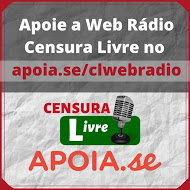